In Graz (Austria) a trial against the "Identitarian Movement Austria" is taking place during the month of July. Known throughout Europe for their media campaigns in the Alps and the Mediterranean, they were also responsible for several rascist incidents in Austria. The charges are as follows: hate speech, membership and founding of a criminal organisation, property damage and coercion. For a more detailed summary of the charges, visit prozess.report, who have compiled a neat dossier.

The "Identitarians" in Austria

The „Identitarian Movement Austria“, as the far-right group calls itself, was founded in Vienna after the example of the french „Bloc Identitaire“ in the year 2012 by members of far-right fraternities. The so-called Identitarians soon grew to be the actionist part of the far-right. Their campaigns were almost always indiscriminatingly covered by the media and found widespread publication on social media plattforms. On the outside the "Identitarians" present themselves as "young dedicated Conservatives", who have nothing in common with the boneheaded neonazis of the 90s.

Often they even managed to spin their image as a "rightwing NGO", which was eagerly accepted by the media and politicians and therefore helped legitimizing their racist propaganda. This image is in direct contradiction to their actions, though, which include martial arts meetings on a regular basis, baton trainings, violent attacks against counter protestors and their proven connections to militant neonazis.

On July the fourth the trial against the "Identitarian Movement Austria" has begun. The prosecution accuses them of several crimes, the most severe one being "founding a criminal organisation"(§278)". This Paragraph is worthy of much criticism, because it was used in the past to criminalize animal-right activists and refugee-protests. But one should not fall into the trap of comparing those organsiations with the "Identitarians, in order to prevent the propagation of their framing as a "rightwing NGO", which would ignore and belittle their neo-fascist ideology.

In case of a conviction the 17 accused face years in prison, with ten of them being accused as members and seven of them as "active sympathisers". Critical coverage of the month-long trial is done - among others - by prozess.report  and Radio Helsinki - von unten both of which are providing information about the ongoing trial in a timely manner - live coverage has been prohibited by the court.

The upcoming trial comes at an odd time. The demands of the "Identitarians", ill-reputed in the past, are now being largely fullfilled by the current conservative/far-right government. Mass detention centers, closed borders, racist cuts in the social- and educationalsystem and other typical parts of a far right agenda are being implemented right now. In the electoral campaign 2017 the positions of the now governing parties FPÖ and ÖVP differed marginally from the rabble-rousing of the Identitarians. After the election far-right fraternity members and former members of paramilitary neonazis groups in the 90s even found work in the FPÖ-lead ministries.

Under these circumstances the trial against the "Identitarians" are only a superficial solution, while the cut-throat rascist practices of the austrian government remain untouched. An acquittal would even empower the far-right group, absolving them of their actions. A conviction would surely be a heavy blow to the Identitarians, limiting their political work. But in times where the EU is implementing the demands of the „Defend Europe“ campaign, by criminalizing rescue operators in the Mediterranean, this is no consolation.

No matter how the trial ends, merely shutting down some right wing groups cannot be the answer. That does not solve the underlying issue. The "Identitarians" and their propaganda are just a part of the of the rascist dominant discourse in a country that does not have an antifascist consensus.

Bold antirascist, antifascist and emancipatory sentiments need much more publicity, instead of them being permanently silenced. Who does not stand against the authoritarian and fascist tendencies right now, or at least solidarize with those who do, is contributing to the current murderous political climate. 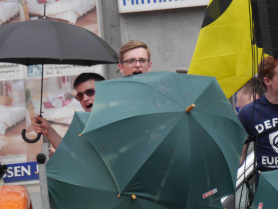 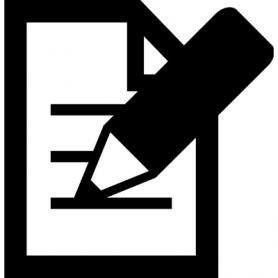 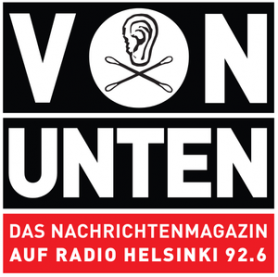